Megaworld sets up 10 Vaccination centers in NCR and Laguna 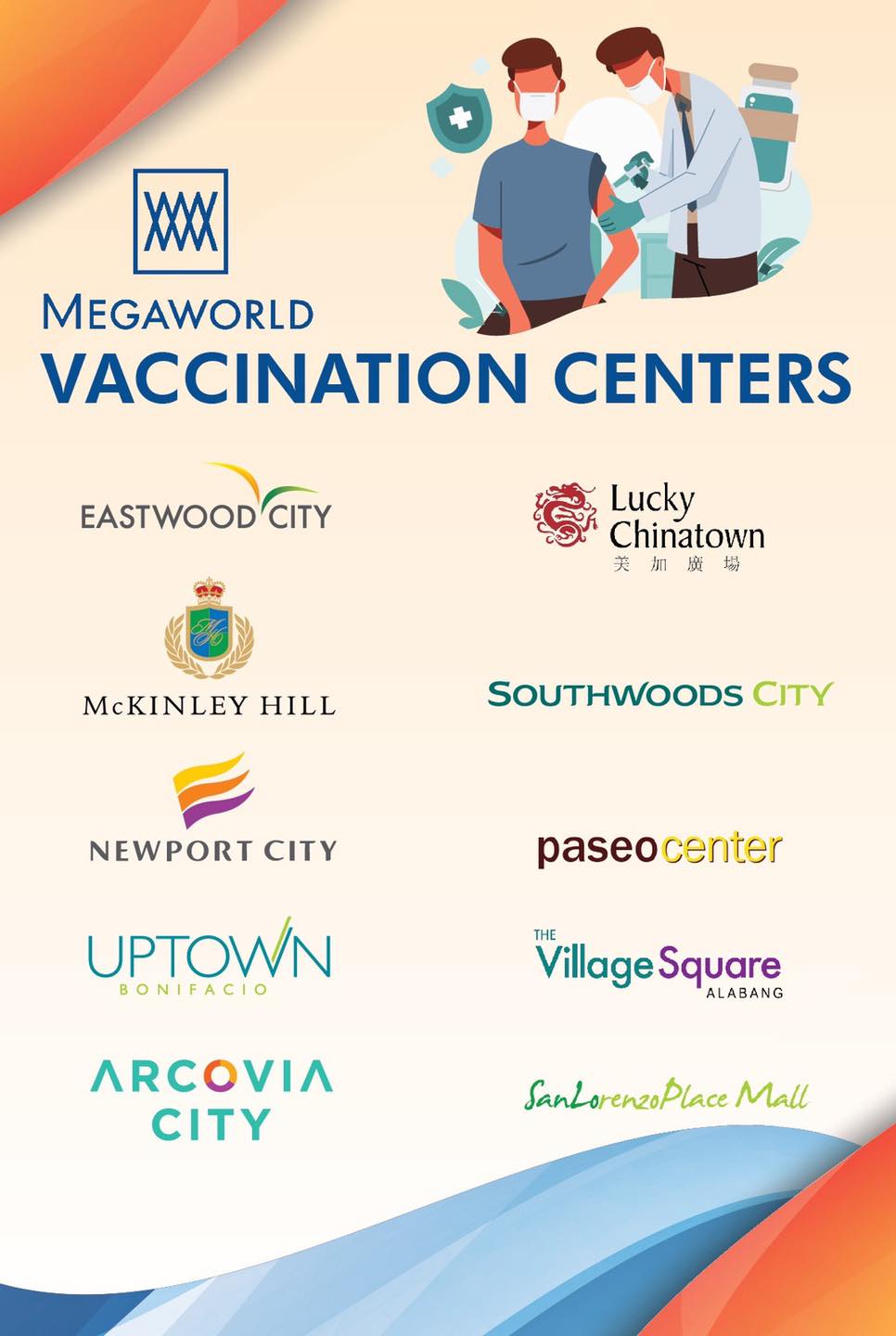 Megaworld is opening 10 vaccination centers in its various townships across Metro Manila and in the province of Laguna as part of its contribution to the government’s ongoing vaccination program.

First to be opened this week are the vaccination centers in Lucky Chinatown and Venice Grand Canal, which will serve the Manila and Taguig LGUs, respectively.

The other locations will be opened in the next few weeks in coordination with the respective LGUs.

Around 75,000 to 90,000 people belonging to the A1 – A4 priority groups, which include health workers, senior citizens, persons with comorbidities and economic frontliners, are expected to be served in these new vaccination centers for both first and second doses.

“We are deploying our resources to help our LGUs in their efforts to increase its capacity to inoculate more people in the coming weeks as more vaccine supplies arrive. Our townships are convenient, comfortable, and safe venues for the vaccination program, especially for the elderly. We give our 100% support to the LGUs and the National Government’s goal to achieve herd immunity by the end of this year,” says Graham Coates, First Vice President and Head of Megaworld Lifestyle Malls.

Since the start of the global health crisis last year, Megaworld was actively involved in the government’s programs to help curb the spread of COVID-19. The company was among the first to donate to the Philippine Red Cross to set up COVID-19 RT-PCR test laboratories way back in April last year. It also donated P100-million to Project Ugnayan for the provision of food vouchers for Metro Manila’s poorest communities, provided free transportation to medical frontliners through its company-owned Citylink Buses, and also spearheaded the distribution of meals to healthcare, police and military, and LGU frontliners just days after the country was placed under community quarantine in March 2020.

Individual initiatives with various LGUs across the country were also done to help local communities thrive during the pandemic.