Share Tweet Pin It
Next Story: Maximize your Suweldo this Payday Sale with ShopeePay →
Posted in Lifestyle Techonolgy 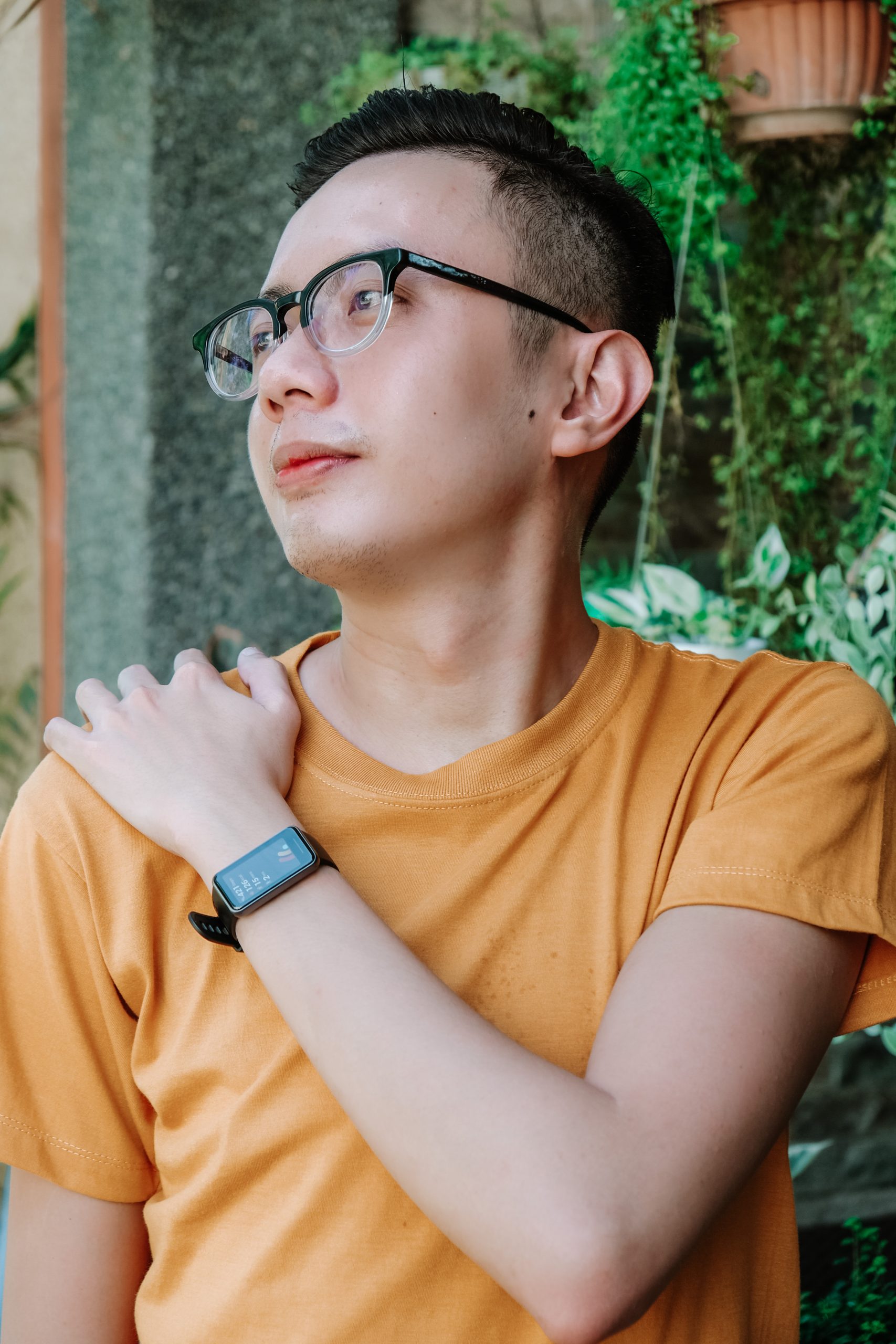 The box contains only 3 items: the realme Band 2, its charging base and a user manual. The strap is detachable so you can buy one that suits your personality and style when more designs become available. When I first touched it, it actually felt like a solid band strap! The band itself doesn’t have any physical buttons, so I scrambled for the manual to know how to turn it on. To turn it on for the first time, it has to be docked to its charging base and a power source.

On first startup, setting it up was simple and straightforward. After choosing the Language, I linked it with the realme Link app on my realme phone (the app supports iOS 11 and higher and Android 5.1 and higher). The 3.5cm Large Color Display was bright enough, even under direct sunlight. It does not have auto brightness, so you have to set it manually in increments of 20%.

For a screen that size, the interface is actually smooth, and it was very responsive it didn’t miss or skip any tap. Pixel density is good, and really crisp. I was quite surprised with the vibrance of the colors. The blacks were also deep enough, something I did not expect for an LCD screen.

With a 204mAh battery, the realme Band 2 promises to deliver battery life of up to two weeks. I’ve been wearing the band for three days now and the battery is at 69% so it doesn’t look like it will reach two weeks, but the battery life is long enough considering that I’ve been maximizing its features while exploring it.

As someone with a somewhat sedentary lifestyle, wearing the realme Band 2 will definitely motivate me to move more!

With its GH3011 sensor, the band does 24/7 Health Monitoring, but only the heart rate tracks automatically, at five minute intervals. The sleep sensor also auto detects, and it’s a nice feature to have especially since our sleeping patterns have been very erratic during this pandemic. It can tell the quality of our sleep. For my case, my sleep quality is rated at 60, eek! Oxygen Saturation is another key feature nowadays, which you have to start on the band itself. I tested it alongside my oximeter and the results were alike. The band can also check our stress level. Mid-day it was at a Normal level of 50 and when I was settling down for bedtime, it plunged to a Relax level of 27.

These features are already very useful for daily use. I also get notifications from apps like Messenger, Telegram, etc. on the band, presented with a large-enough font, so that is a plus.

I do not have the predecessor realme Band, but that only had 9 Sports modes, which means the new realme Band 2 is a huge upgrade with 10 times more modes. Out of the box, there are 14 different sports/activities on the band. You can find the rest on the realme Link app and choose which activities you do most of the time so you could sync them to the band.

Did I mention that the realme Band 2 is Water Resistant up to 50 meters? This means you could use this to monitor your swimming activity or on unexpected rain while you are out jogging or cycling or splashes from the sea while you’re island hopping.

I have to mention that the band does not have GPS, so if you plan to track your running/cycling route, you have to bring your smartphone with you.

All of the health data I mentioned above can get quite overwhelming but the best thing about it is that they’re presented in an organized manner at the realme Link app, so I could get to monitor health indicators on the app. The band can work on its own but to maximize its features, you have to sync it with the realme Link app regularly.

For this price point, the realme Band 2 is truly value for money! In my personal experience having owned other smartwatches, I normally remove them before bedtime because they’re too chunky and heavy for sleep. With the realme Band 2 however, it’s lighter and thinner/slimmer, making it more ergonomic for longer hours of wearing, so this definitely would be my new lifestyle companion, I am highly recommending it!