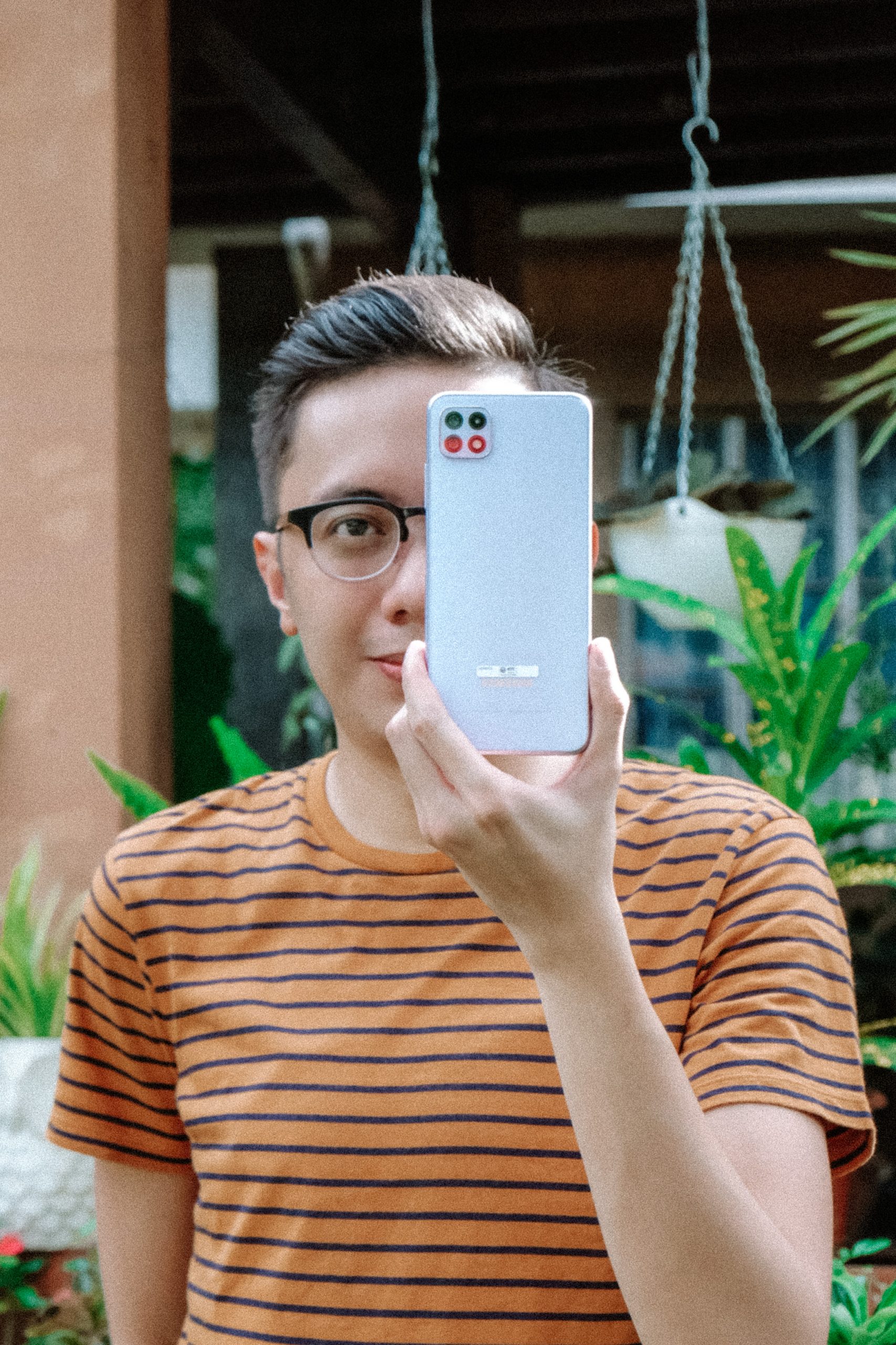 Over the last few weeks, my hands were busy exploring the Samsung Galaxy A22 5G, one of the newest Samsung phones in their A-series. How much, you ask? The Galaxy A22 5G is available for P13,990 SRP for the 6GB / 128 GB variant, and P11,990 SRP for the LTE variant. It is the most affordable 5G phone in Samsung’s A-series lineup.

The Samsung Galaxy A22 5G comes with a matte back design. The color violet is beautiful especially with the back’s slight shimmer. Although the grip was good, there were a few times that the phone slipped through my hand, so I unfortunately unintentionally dropped it. Thankfully, the phone did not sustain any damages. The phone uses a plastic panel which is expected from a non-flagship Galaxy phone, but this one did not feel cheap at all. I found myself having to wipe the back a few times though since it gets smudged with fingerprints quite easily.

The front is like any recent smartphone. I have to say though that the bezels can be quite disturbing when using the phone.

On the left side of the phone if the dual SIM and microSD tray. On the right side are the volume buttons, and power button which also serves as its fingerprint scanner. The fingerprint scanner recognized my thumbprint without delays. What took me a few days to adjust with though was were the volume buttons as I was accustomed to them being on the left side, as with the older A-series phones.

The phone has a microphone at the top and bottom. The bottom also has the earphone jack, speaker, and USB Type-C jack.

The Samsung Galaxy A22 5G features a 6.6 inch TFT LCD HD+ Display with a refresh rate of 90Hz. Everything looks sharp, crisp and clear. The front camera is housed on the phone’s notch which is not-at-all disturbing (Well it only bothered me when I was playing mobile games). The display leaned more on the cooler color temperature which made it comfortable even on extended use. It has a blue light filter which is perfect for use at night to reduce eye strain before sleep. The screen is very, very good for this price range.

The phone is being packaged as a mid-range phone for rising content creators and I can say that its quad camera: a 48-megapixel main camera, 8-megapixel ultra-wide camera, 2-megapixel macro camera, and 2-megapixel depth camera, didn’t disappoint. Check out some of my raw shots below.

Note that most of my photos were taken outdoors as it there is a significant dip in quality indoors or in environments with poor lighting. I also attached a video taken while I was having a facial. The indoor video quality is actually pretty decent.

The Samsung Galaxy A22 5G has a 5000mAH battery, which could last the whole day with normal usage. I once took the phone out for an afternoon of photography, and found that it still had 50% when I got home.

When playing Mobile Legends, each game of 20-30 minutes reduces battery by around 2-4% which I found to be good. Even at their highest settings, I experienced smooth gameplay with Mobile Legends and Pokemon Unite!

The phone comes with a USB Type-C charger with 15-watt charging, which would take up to 2 hours to recharge a drained phone.

The phone is a very good mid-range phone. The photos and videos it produces are decent enough for daily social media use with today’s most used platforms – TikTok, Instagram Stories, Facebook and Twitter, although I must say that the ultra-wide and selfie photos are too soft to my liking. The phone is fast enough to be my main gaming phone while multi-tasking on the side. The battery lasts the whole day, but Samsung should really make charging faster as 15W is definitely not for 2021.

Its 11-band 5G support is future-proof, although I could not really elaborate much on that as 5G coverage is not yet that widespread here in the Philippines. For its pricepoint, you get what you paid for with the Samsung Galaxy A22 5G.