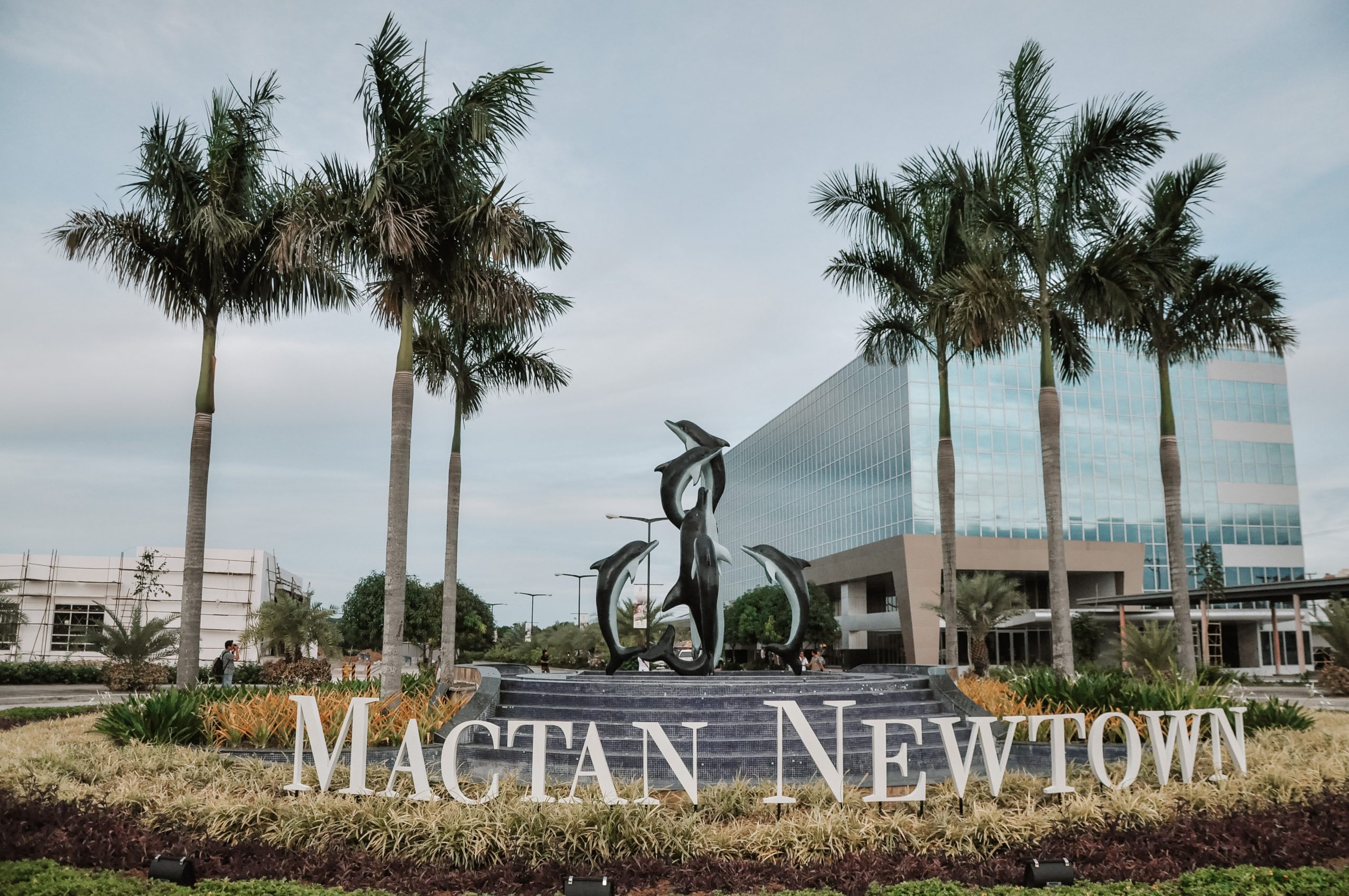 10 years ago, I got to set foot on The Mactan Newtown, what is now Megaworld’s 30 hectare live-work-play township development with a beach in Lapu-Lapu City.

In July 2012, this was how it was. It was practically empty. Seen in the photos below, the first structures to be built were its Fountain Rotunda, which is the entrance to the township, and One World Center, the first BPO/Office building at the township, while the Showroom was still under construction.

I live around 10 minutes away from the township so I have been quite interested with the developments at the property, on how it will impact us residents, and the economic development of our city as a whole. In 2019, it was awarded as the “Best Mixed-Use Development for Visayas and Mindanao” at The Outlook Awards 2019 by Lamudi Philippines.

Today, as I write this, The Mactan Newtown has gone a long way and is now realizing its potentials. It is now home to around 5,000 residents from three (3) condominium properties: 8 Newtown Boulevard, One Pacific Residence, and One Manchester Place. By 2024, the township will have more than 2,000 residential units from 11 condominium towers, including two soon-to-rise developments: the 20-storey
La Victoria Global Residences and the 18-storey The Pearl Global Residences.

The Mactan Alfresco features a wide variety of local restaurants and concepts offering authentic Cebuano delicacies and other specialty cuisines ala Singapore hawker-style. I’m very thankful that they supported the very first Cebu Food Crawl we organized in 2016, and the succeeding editions. During the height of the pandemic, a lot of my food deliveries came from the outlets located at the Mactan Alfresco.

There are over 40 retail, service, dining, and other essential outlets found all over the township, including banks, a supermarket, a McDonald’s store, and pharmacy, among others.

The township also has its own academic institution under the supervision of La Sallian Schools of Supervision Office (LASSO), the Newtown School of Excellence. In fact, some of my friends’ children are currently enrolled there, which just means I’m getting older, haha.

In August, The Mactan Newtown hosted the highly successful IRONMAN 70.3 triathlon, which marked its return to Cebu after taking a pause for two years due to the pandemic. The race started at the Mactan Newtown Beach, proceeded to the bike course, and ended with the run’s finish line just in front of Savoy Hotel Mactan Newtown.

In the several years that Cebu has hosted the Ironman, it was the first time that the race was hosted in a self-sustaining community where the triathletes and spectators stayed in a safe and secure environment where everything they could’ve possibly needed was within reach. The successful hosting of such a big event further boosted the township’s marketability in terms of being a very dynamic community, especially with more developments in the pipeline.

Before the end of the year, The Mactan Newtown is set to open the 20-storey Belmont Hotel just beside Savoy Hotel. After opening, both hotels combined will have a room inventory of at least 1,000 rooms.

Initially set to open in 2021, The Mactan Newtown Beach Walk got delayed because of the pandemic and Typhoon Odette. It is currently in its initial stages of construction, and once completed, it will be a two-level beachside mall, which will feature a 1.4-hectare man-made lagoon, state-of-the-art
cinemas, and a chapel, among others.

As a resident of Lapu-Lapu City, I am very happy with how The Mactan Newtown has taken shape. Aside from all of the developments I mentioned above, I am very thankful that the Transport Terminal is already operational. It has been of huge help to me because my events in Cebu City are now just a bus ride away from the township (A Ceres bus ride from The Mactan Newtown to Cebu IT Park costs P53 only). And I continue to look forward to more developments at The Mactan Newtown which include a convention center and a museum, among others. As the township progresses to reach its full potential, the doors of opportunity which will open for local residents and the economic growth of the city are very much welcome!