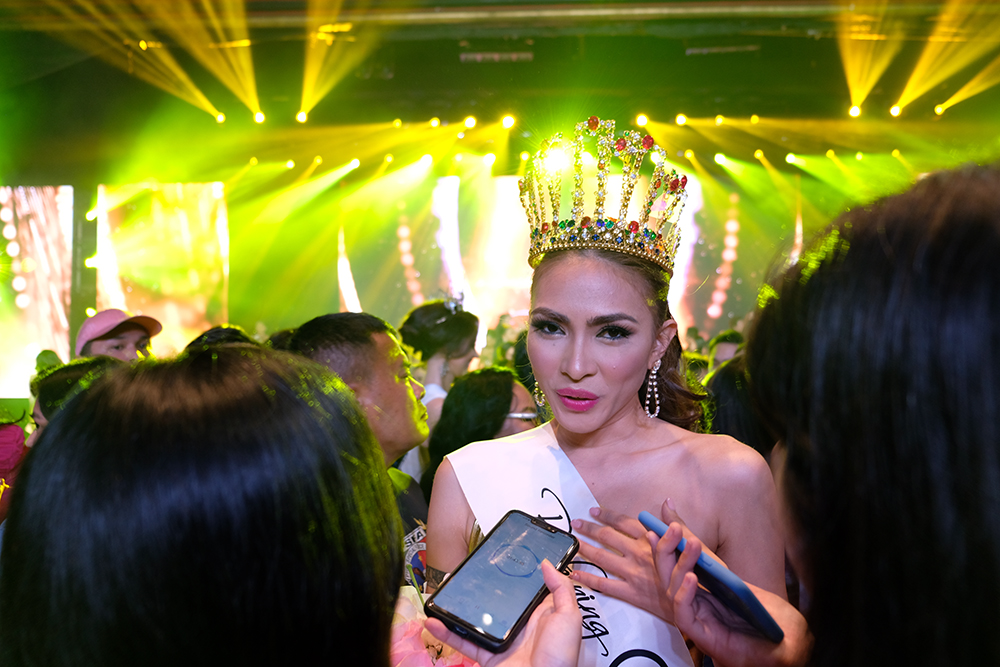 During a quick huddle with the media immediately after the pageant, the new Binibining Cebu said that she did not expect to win the crown and claimed that she only joined for the experience.

The Binibining Cebu 2020 Coronation Night, with the theme “A Million Dreams”, was held at the Pacific Grand Ballroom of Waterfront Cebu City Hotel and Casino last night.

Before the show started, the audience was entertained by performances of VizMA winners.

The pageant, which was scheduled to start at 7PM, started at 9:15PM. The reigning Binibining Cebu 2018-2019 queens emerged from darkness for their farewell walk.

This was followed by a VTR of five kids dreaming to become beauty queens someday. They later on joined the Binibining Cebu queens on stage.

The pageant did not proceed without a hiccup. After the candidates’ opening production number and introduction, the show abruptly paused due to technical issues on lighting. I initially thought that the dim lighting during the opening was intentional so the candidates would appear as silhouettes, but it was a malfunction that forced the pageant to restart some ten minutes later. “From the top”

Hosted by OJ Cimafranca and Maria Gigante, corporate awards were then given away after the opening production.

From 54, the candidates were quickly reduced to 20. Called to proceed to the next level of competition were (in order of announcement): Madridejos, Lapu-Lapu City, Bantayan, Naga City, Mandaue City, Ginatilan, Borbon, Pilar, Carcar City, Ronda, Carmen, San Fernando, Cebu City South, Poro, Talisay, Consolacion, Tudela, Toledo City, Cordova, and Dalaguete. But due to the “intense” competition, the organizers decided to add one more candidate, which happened to be Cebu City North Betty Davis (who eventually won as Binibining Cebu Charity).

The Top 21 were back on stage with wearing swimsuits from the PauLina collection by designer Mikee Andrei. They were later on joined by the rest of the candidates and performed a VizMa Original song, “Lingi-A”, headed by Ms. Naga and Ms. Consolacion.

Another set of special awards were given away. They are:

Still wearing their swimsuits, the Top 21 were further trimmed to twelve.

After the announcement of the Top 12 finalists was the evening gown competition, where all candidates wore identical gold gowns designed by Master Couturier Cary Santiago. This was followed by the casual interview and final question: “Some kids in life live on the streets and have nothing in life. As a Binibining Cebu, how can you inspire little kids like them to never stop dreaming?”.

On what would traditionally be a pageant’s farewell walk segment, Miss Universe 2018 Catriona Gray came into view with her usual great smile and glorious stage presence. As seen from their reaction, the candidates themselves were starstruck.

When asked for a message to the candidates, Catriona said, “It takes a lot of courage to come up on the stage in front of everyone and represent not just yourself but each of your provinces. Know that whatever happens tonight, you are never denied but only redirected to the dream you’re meant to fulfill.” Truly powerful and inspiring words coming from a living queen.

The Top 12 held hands as the new Binibining Cebu queens were announced.

Truly an eventful night it was, the pageant ended at 12:30AM.